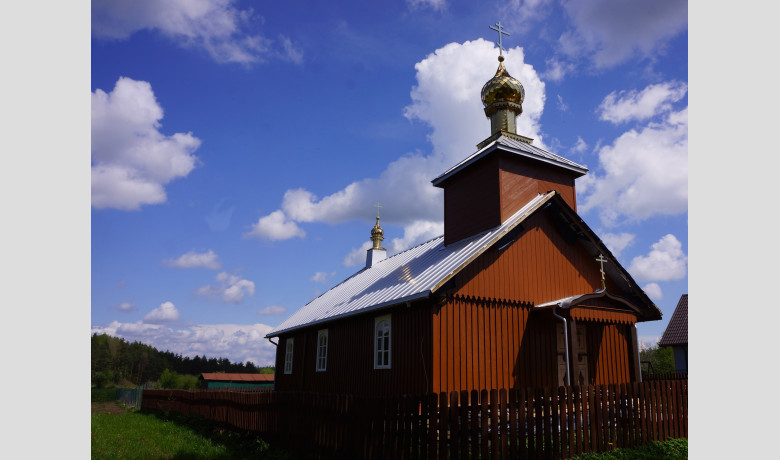 Old Believers settled in Lithuania after the reform of the Russian Orthodox Church of Patriarch Nikon during the reign of Russian Tsar Alexei Mikhailovich. The church was headed by the Tsar of Russia, and at the same time any inequalities found in church books and rites were being changed and eliminated. In 1656, the church assembly separated opponents of the reform, the Old Believers, from the Russian church. Persecuted by ecclesiastical and secular authorities, the Old Believers retreated to deserts, forests, or fled abroad. Some of them came to Lithuania, which has long been famous for its tolerance for other religions. One of the places where they settled was the village of Daniliškės, in the lands belonging to landowner Riomeris. In the 19th century, there were at least 47 villages in Trakai County where Old Believers lived.

Previously, Daniliškės was a large Old Believer village, inhabited by only a few Catholics. The community of the Old Believers of Daniliškės village consisted of 116 people. This is also evidenced by the cemetery situated near the village containing tombstones with double crosses, and names engraved in monuments which you will rarely hear today. The Daniliškės Old Believers community is the oldest such community in Vilnius region, formed in the 18th century. It originally belonged to the branch of the Feodosiya, and from the middle of the 19th century to the Pomory.

One of the thirteen Lithuanian Old Believers’ prayer houses, built in 1817, still stands in the middle of the village to this day. Until 1825, this Orthodox church was also used by the Old Believers of Vilnius. The church suffered greatly during World War I. In 1931, a new wooden church with a bell tower was built on a concrete foundation. In 1937, it had 194 members. The church was closed down during the Soviet period, but was restored and renovated in 1990. The Orthodox church had a spacious prayer hall and residential rooms for the priest’s family. It was also served by members of the community living in the Onuškis and Stakliškės areas.

The village of Daniliškės is losing its residents with currently only a few Old Believers’ families living in it. However, it is still a very important place for the Lithuanian Old Believers’ community, since Old Believers living in other parts of Lithuania come to the orthodox church of this village to attend its rites and bury their dead in the nearby cemetery.