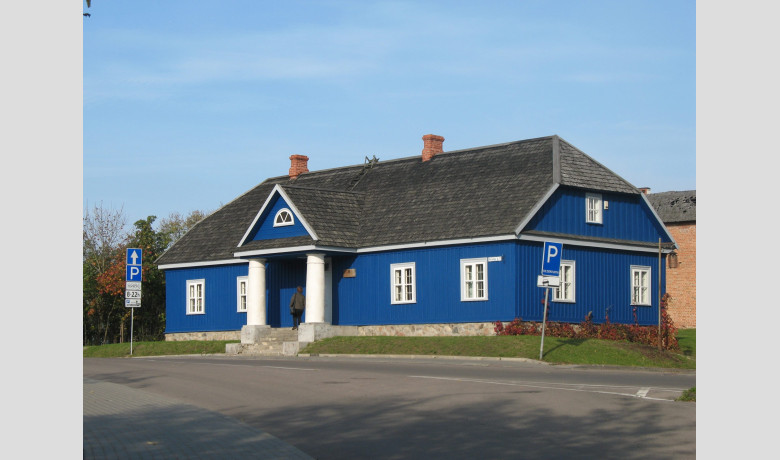 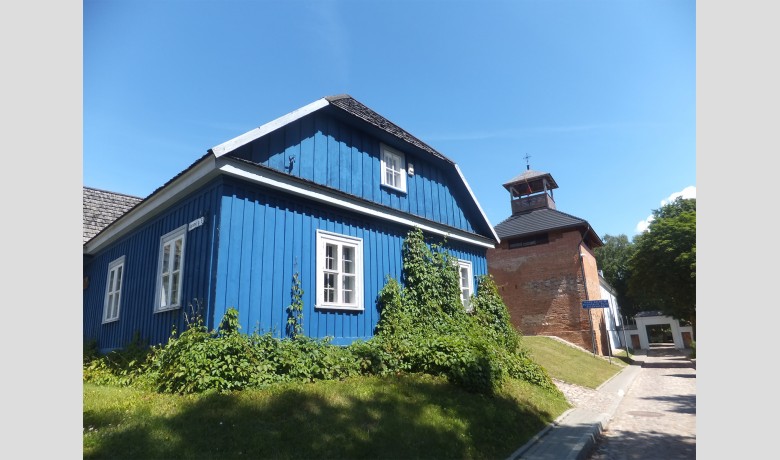 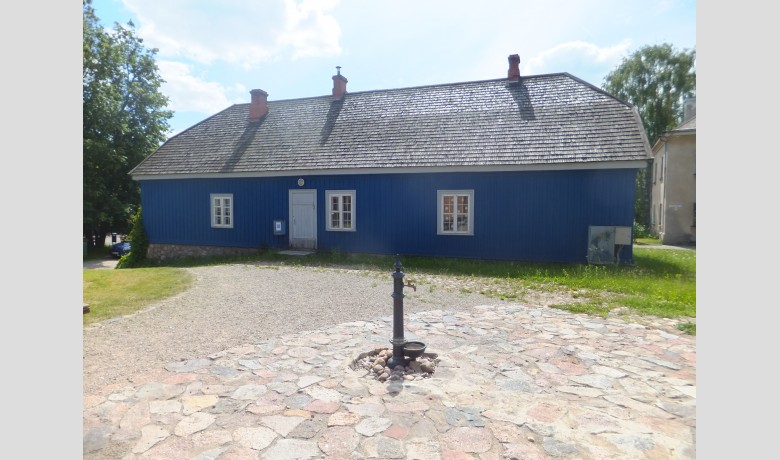 The long one-storey building has a symmetrical rectangular layout with a porch on the south-western side. From the porch doors lead into the tambour and on each side two lines of rooms stretch out. The foundations are of stone and brick and plastered. The walls are of cut logs and are covered with perpendicular planks on the exterior that are painted. The roof is semi-arched; the rafters and supports are joined together by wooden fixtures.

The façade has four oblong four-part windows at varying intervals with figured piping. In the middle of the main façade is an early 1930s’ porch with two simplified Tuscan brick columns that support a triangular pediment that has a circular window. The area beneath the roof is decorated with a narrow cornice.

The old post office is a typical early nineteenth-century Trakai town building. It was built in 1810 by the Dominicans who used to be in the Peninsula Castle. After the friary was closed down in 1864 the building was handed over to the Trakai District police HQ. The roof was made of wooden tiles and the façade had 11 windows. Two outbuildings stood in the yard. In 1887 the house was given to the Vilnius Post and Telegraph District. In 1895 the architect Aleksandr Polozov surveyed the building and took charge of repair work. After the repairs the house looked almost the same as it does today except that the porch was wooden, closed and the area beneath the roof was decorated with carvings. There were eleven rooms in two lines with a kitchen in then centre. The house was repaired in 1899, 1911 and 1923-25. In 1925 there was a services’ and general hall, telegraph and archive and five living rooms. It is thought that the brick porch columns were built in the 1930s. The post office worked until 1960 and after that the building was adapted for other administrative functions.

The plot is relatively even and slightly raised above current street level, there is a stone-paved yard that leads to former outhouses.

The building was completely overhauled in 1985-86 with the same building materials and techniques and in keeping with the original layout and façade architectural forms (including the brick stoves). This is the site of the Trakai Historical National Park Management. In effect the building has not changed its (administrative) function.