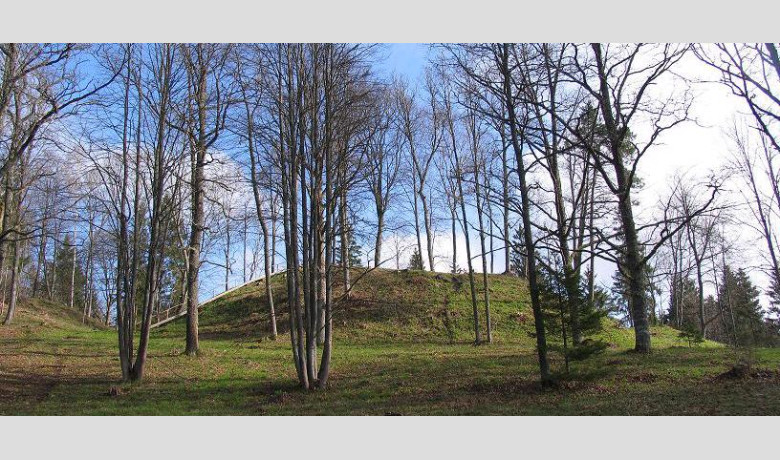 Mošos Mound, also called Naujasodžio Mound, an ancient settlement and two nearby groups of tumuli, make up a compact ensemble of archeological monuments. It is a typical miniature mound of mid-first millenium whose platform is surrounded by an embankment. According to legends, during paganism this was a place of rituals and priestesses used to burn sacred fire here. Since the middle of the XVII century, when the localities were rampaged by cossacks, the mound acquired the name of cossacks (Kazokų Mound). On the southern foot, in the area of 1,5 hectares the traces of an ancient settlement were detected. There is a group of 28 tumuli about 100 meters to the north of the mound. Archeological excavations discovered the remains of bodies which were burned during their funeral ceremonies. It was identified that in the VI-VIII centuries the tribe of Western Balts -Yotvings- inhabited the place.