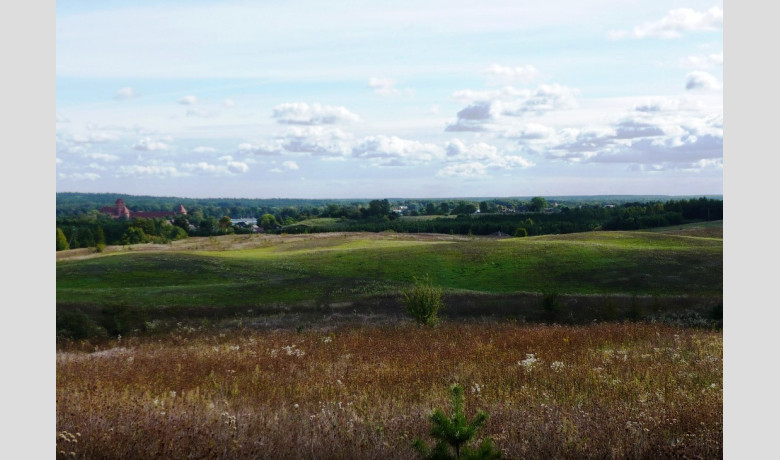 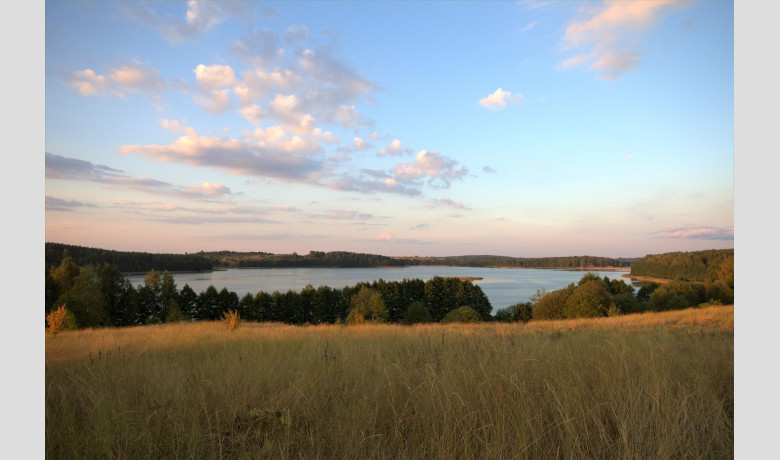 The Royal Fields, or Karaite Fields, emerged after the Karaite ethnic group moved to Lithuania in the 14th century and the Karaite warriors continued the traditions of their ancestors and parents by serving in the army units of the Lithuanian Grand Duke Vytautas, protecting Trakai Island Castle and guarding the state borders of Lithuania. As a reward for their excellent service, Vytautas donated more than 300 ha of land to the Karaite community. The land was used by the Karaites for more than 500 years.

It was agreed that a specific strip of farmland would be assigned to each family and the family would not be entitled to sell it. After the land owner’s death, the land was transferred to another family at the community’s decision. These strips of land were located in the northern part of Trakai. Since they belonged to the Karaites under the rulers’ privileges, they were called the Royal Fields. Interestingly, the location of these fields is still visible today near Trakai. Any elderly member of the Karaite community could show an exact location of the strip of farmland that his or her parents, grandparents or great-grandparents used to cultivate.

Besides the community land granted by the rulers, some Karaites had small manor estates, folwarks or plots of land granted to them. However, these areas of land around Trakai were purchased by voivodes in the 16th–17th centuries, and after the Lithuanian rulers abandoned Trakai as their place of residence, the town saw a decline in terms of its farmland activities. As a result, gardening became the main source of livelihood for the Karaites, with their famous Trakai cucumbers being their main produce. There is a Karaite proverb that says “He who cultivates the garden, drinks bitter water” giving the idea of just how hard the gardeners worked.

However, their hard work definitely paid off, as the members of the Karaite community were praised not only for being virtuous warriors and guards but also for being excellent craftsmen and gardeners, who brought first cucumbers to Lithuania and who cultivated various herbs and spices. It is believed that while making their way to Lithuania and not knowing what conditions they were going to face, the Karaites brought with them various plant seeds. It proved to be a very smart decision which later brought them fruitful results.

Over time, the cucumbers of Trakai gained so much appreciation from people that Jonas Krivka even published what could almost be considered as a scientific study on cucumbers. He claimed that the Karaites classified their cucumbers based on their size and shape. Crooked ones were to be consumed by the Karaites themselves. These were called “the little ones”. The cucumbers that were brought to the market had to meet more strict criteria: they had to be the same size. They were placed into damp sacks on the evening before the market day, and early in the morning before the break of day, they were transported to Vilnius using horse-drawn carriages.

The Karaites also produced pickled cucumbers and used an interesting procedure for this purpose. They poured some brine on them, placed them into barrels, nailed them up and threw them into the lake where a special enclosure was located near the shore so that the undercurrent would not move the barrels further away from the shore. The pickled cucumbers were left in the lake until spring. The Karaites would then cut the ice and take out the barrels. After several months of sitting in the lake, the pickles were very well fermented and very delicious.

The Karaites had yet another tradition worth mentioning. Describing the cucumber seedlings affected by spring frost, the Karaite women used the phrase: “the cucumbers went to Kaunas”. They would then try to save the cucumber seeds by wrapping the seeds in a damp cloth and placing them into their bosom so that they could sleep with them, snuggled warmly. It did not take long for the seeds to sprout.

Unfortunately, the cucumber seeds stopped sprouting during World War II and the famous Trakai cucumber was lost. The Karaites managed to produce a different variety of cucumber, an improved version of Trakai cucumber, but this one was not as good as its predecessor.

The Karaites practised a number of other agricultural ritual celebrations such as the traditional harvest festival Orach toju (the Sickle Festival). It was usually celebrated at the end of the summer after the main grain harvest. The celebration included making a wreath from the ears of all the cereal plants cultivated by the farmers. The wreath was carried to the town in a solemn procession all the way to the Karaite house of worship, kenesa. Here it was consecrated and hung on the wall of the kenesa in front of the altar. The wreath was left to hang in the kenesa until the next year’s harvest. On this occasion, a pie was made and Karaite krupnik was brewed. People entertained themselves and sang at the festive table before resuming work.

Such celebrations were held until World War II. The last wreath was made from the harvest of 1938 and it was hung in the Kenesa of Trakai. It still hangs there to this day.