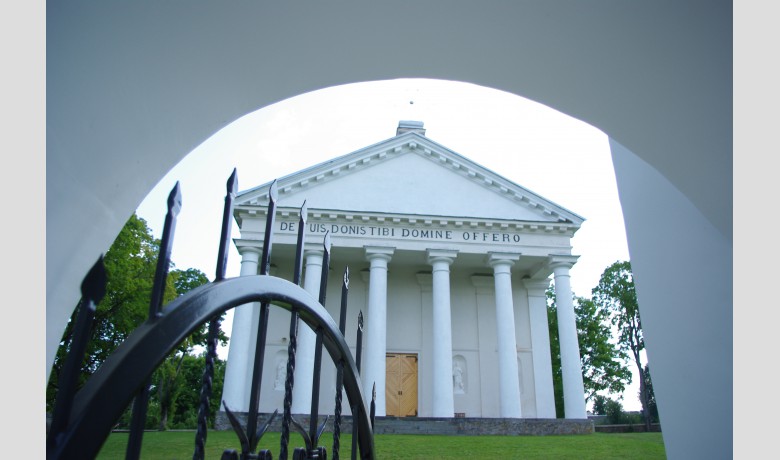 There are two ways to reach Onuškis, which is located 30 km from the town of Trakai: by going in the direction of Rudiskes-Dusmenys-Alytus or towards Aukstadvaris.

A big cathedral adds a touch of sophistication to the town. The Onuškis St. Apostle Philip and Jacob Church, first mentioned in 1526, with late classicism and romantism features, mirrors the Vilnius Cathedral. The church has a rectangular plan, with a 6 dorenian column portico. The inside has three naves. Cilindrical arcs are supported by 4 pairs of columns. The churchyard is surrounded by a fence made out of stone and small brick posts. There is a wooden bell tower inside. It is believed that at the end of the XVI century it belonged to Evangelical reformats, because the owner of the Onuskis folwark gave it back to the Catholics in 1611. In 1655 the church burned down. It was rebuilt after 1674. For a long time it stood untouched. With the efforts of landlord K.Setkevičius, a majestic brick and stone church was built in the same place between 1823-1829.

Another unique object in Onuškis – the historic stone-paved Kipras Petrauskas square. Ever since the old times, it hosted celebrations and markets, there were taverns, tearooms and shops in the surrounding houses. The markets would begin early on Sunday in the central town square.