The place of Holocaust in Varnikai 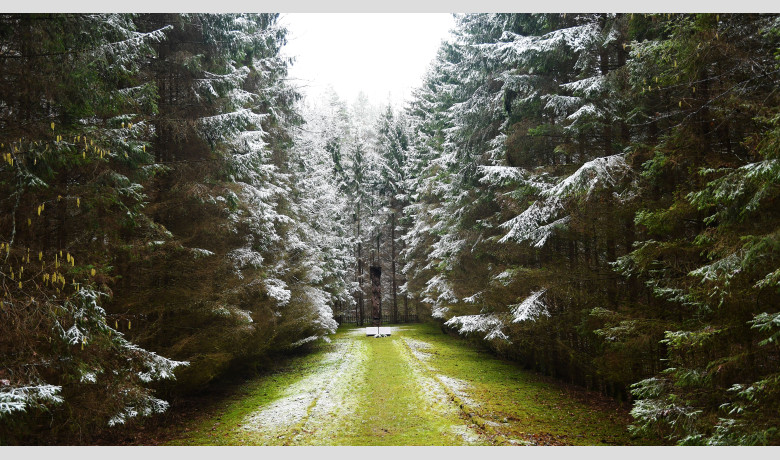 In Varnikai forest, next to the village Varnikai, in the place which borders Galvė and Skaistis Lakes, there is a dark spot of the Lithuanian history. In September, 1941 many Jews from Trakai and other neighbouring localities (Lentvaris, Onuškis, and Aukštadvaris) were brought to country houses, which served as a ghetto. After Trakai head of police Kazys Čaplikas had refused to obey the order of County Governor Mašinskas and commanded his subordinates to behave likewise, about 30 German soldiers and policemen from the Special Squad were sent from Vilnius.  On September 30, 1941 they shot 1446 Jews in Varnikai forest. 366 men, 483 women and 597 children were killed. The tomb for the victims of this massacre is marked by two memorial boards with Lithuanian and Yiddish inscriptions and a wooden sculpture.