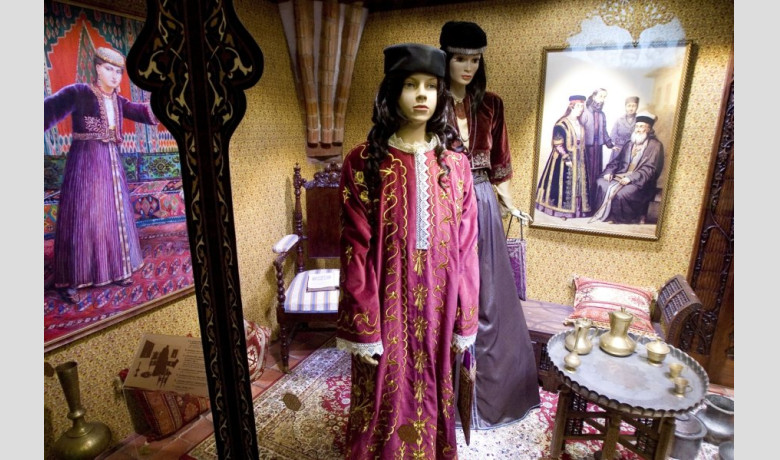 Magnificent Trakai Island Castle is situated in one of the many islands on Lakė Galvė. It is a masterpiece of Lithuanian medieval defensive architecture and the only water castle in Eastern Europe. It is believed that the construction of the Island Castle was initiated by Lithuanian ruler Kęstutis in the late 14th century and was completed in the early 15th century by his son, Lithuanian Grand Duke Vytautas. The castle consists of a convent-type palace with a keep and a forecourt. The castle was built as a fortress. After it lost its defensive status following the Battle of Žalgiris, it was used as the grand duke’s residence.

Trakai was a thriving town in the early 15th century. It attracted large numbers of merchants, honorary guests, foreign envoys who were all greeted at the representative hall of Trakai Island Palace. Jogaila, King of Poland and the cousin of Lithuanian Grand Duke Vytautas, visited the castle as many as thirteen times between 1413 and 1430.

However, after Grand Duke Vytautas’s death, the castle was gradually abandoned and its role declined at the beginning of the 16th century. During the war with Sweden and Russia, Trakai Island Castle sustained significant damage and it was not rebuilt after these events. This period marked the beginning of the castle’s decline as its maintenance was gradually discontinued and by the 18th century it was completely dilapidated.

However, the situation changed in the period following World War II. Concerns were finally raised regarding the physical condition of the castle. Thanks to the restoration work that has been carried out since, the symbol of Trakai and Lithuania regained its 15th century appearance. After the restoration of Lithuania’s independence, the castle regained its status as a place for hosting honorary guests’ visits and signing important agreements.

The purpose of Trakai Island Castle changed in 1962 when it passed into the hands of Trakai History Museum which operates the castle to this day. The castle houses various expositions and is used as a venue for exhibitions and events. Each year, the castle attracts thousands of visitors from around the world not only for its magnificent appearance and rich historical past but also because of the fact that it has something for everyone, whether you want to admire the architecture, explore historical exposition or the museum’s collections.

One of the museum’s expositions offers a glimpse into the history and culture of the Karaites. From the early days of their life in Lithuania, the Karaite community was mostly concentrated in Trakai. Trakai has always been regarded as the centre, or mecca, of the spiritual life of the Karaites.

Although Karaite national costumes are no longer worn in everyday settings, visitors can explore them at Trakai History Museum.

Some of them can also be found in the castle’s exposition and in the Karaite Museum. Historical records suggest that in the early 19th century the Karaite women wore national costumes for special occasions and that these costumes represented the traditions and character of the Eastern nations.

We can just imagine how beautiful they looked: a Karaite women’s traditional dress consists of a long or longish skirt, a white blouse, an embroidered velvet button-free jacket with wide, elbow-length sleeves known as kyrcha, and a flat round velvet head wear decorated with beads or coins.

Dresses (including patterned ones) could be used instead of the skirt and blouse combination. A thin light scarf could be placed on top of the head wear.

Kyrcha was a mandatory element of the costume. It could be made from dark red, brown, green or blue velvet and had to be embroidered in gold thread using rather intricate floral or geometric patterns. This attire was worn together with luxurious metal jewellery, namely coin beads or full-length necklaces.

Men’s costume consisted of a semi-long striped robe wrapped with a belt or a scarf and a rather high, truncated cone-shaped dark red fringed hat called fes.