Žuklijų Mound with the settlement 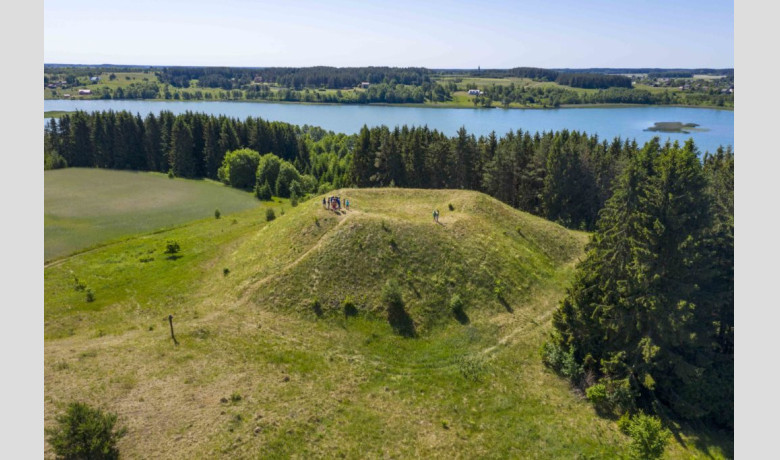 Žuklijų Mound lies in Trakai District Municipality, the Eldership of Grendavė, next to Žuklijai Village, on the right coast of Vilkokšnis Lake. It is often confused with the mound of the same name in Šakiai district, Žuklijai Village. The mound is not covered with trees and has steep slopes, so it is easily seen from far away. On the northern foot there are remnants of an ancient settlement. To the western side of the Žuklijų mound there is a half moon shaped hill with sloping sides. Legends say that both mounds were formed by men. They made the bigger one, before leaving for war, using their caps. The smaller one was made after having returned, as not all of them were saved by the Gods. The mound dates back to the middle of first millenium and the beginning of the second millenium. The archeologists from the Institute of History carried out the excavations in 1955. The findings are exhibited in the National Museum of Lithuania.